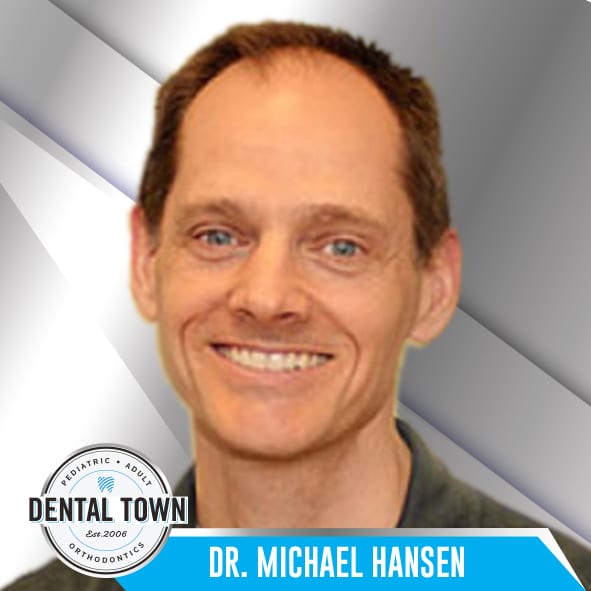 Dr. Hansen grew up in Rialto, California, a small town right outside of San Bernardino. The son of an orthodontist, as soon as Dr. Hansen was old enough his father had him working in the office making all sorts of orthodontic appliances. He continued running an orthodontic lab through college to help pay the bills. Along the way, he also served a two-year mission to Sydney, Australia, before returning home to graduate from Brigham Young University in 1997 with a BS in Zoology. It was also during this time that Dr. Hansen met his future wife, Tiffany.

Dr. Hansen furthered his education attended dental school at the Case Western Reserve University in Cleveland, OH. Upon graduation, he was awarded the Army Health Professionals Scholarship, and had the opportunity to attend the advanced training of general dentists program in Landstuhl Germany. During his time in Germany, he was called into active duty in the Army and made Captain of the 561st Brigade. He received his certificate in advanced trauma life support, and Medical Management of the Chemical Casualty. These two trainings were required of all personnel called into duty for Operation Iraqi Freedom. Dr. Hansen served the country as a Combat Dentist for 7 months in 2003, part of the jump platoon to provide forward support for the troops. He provided dentistry from a mobile dental clinic in Dogwood (south of Baghdad), Baghdad International Airport, Balad, and Mosul. Due to his exemplary service, Dr. Hansen was awarded the Silver Armed Forces Badge for Military Proficiency, the Global War on Terrorism Medal, and the Army Meritorious Unit Citation Ribbon.

Upon returning home from Iraq, Dr. Hansen decided he wanted to return to school and specialize in pediatric dentistry. He did so by attending the Medical University of South Carolina, located in Charleston. His intensive training included several areas of focus: Hospital treatment, Sedation, Care for Special Needs Patients, Growth and Development, Orthodontics, and Preventative and Conservative Treatments and Alternatives. He completed his advanced training and received his certificate in 2006.

Dr. Hansen was one of the first pediatric offices in the Atlanta area to allow parents back into the treatment rooms with their children. He felt this allowed greater patient comfort and the ability to discuss treatment options and outcomes for his patients more intimately. He has strived to be at the forefront of new research and ideas in making dentistry easier and more comfortable for his patients. This career-long professional focus has culminated in Dental Town—an “outside the box” dental office, where Dr. Hansen strives to provide an atmosphere in which patients and parents can relax—no white walls or white coat syndrome. He designed an office to look like a town, so that he could have different facades and boutiques for each treatment room. More than anything, he really just wanted a place to keep his giant lizards and turtles!

Outside of work, Dr. Hansen enjoys spending time with his wife and four kids. Each child was born in a different city (Cleveland, Birkenfeld, Charleston, Atlanta). He enjoys the outdoors, hiking, kayaking, stand up paddle boarding, and gardening. He spends much of his time caring for and maintaining his reptiles. He also spends much of his time lecturing and doing other community outreach to thousands of students from local schools each year about the importance of good oral hygiene. He is currently serving as pastor to a local congregation of The Church of Jesus Christ of Latter Day Saints.